The conference is addressed to researchers and physicians specialized in HIV.

REGISTER
The yearly conference on Hot topics in HIV – Vaccines, immune recovery and eradication responds to the need of providing an update on hiv: importance of early diagnosis, suitability of the early start of treatment, identification of patients newly infected with higher likelihood of benefiting from curative treatments.

Since 2009 the Fight Infections Foundation in collaboration with IrsiCaixa, organizes a yearly meeting on Hot topics in HIV in which worldwide experts discuss about immune recovery, advances in vaccines and the eradication of HIV, with the presentation of clinical studies on this subject. 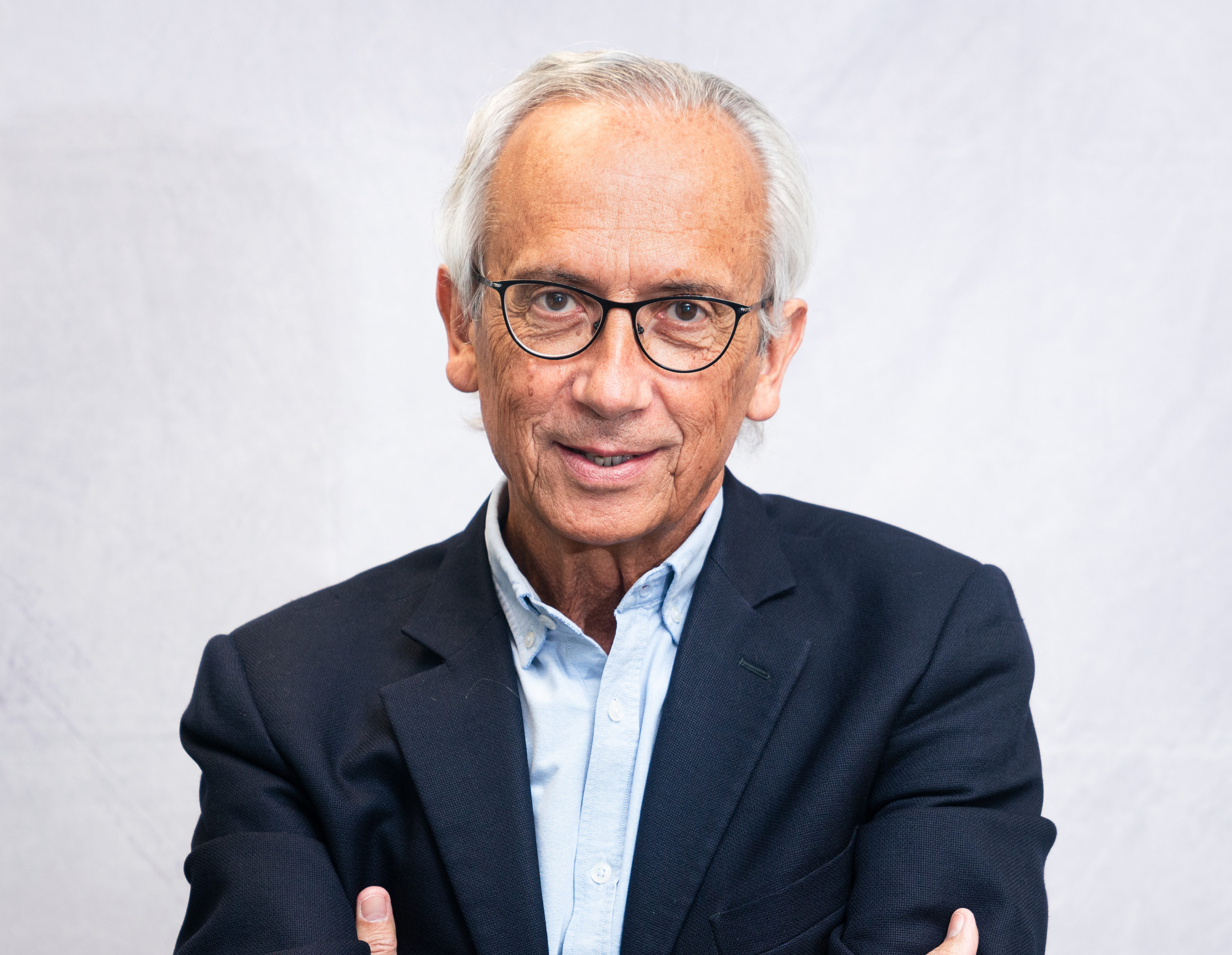 Dr. Clotet received his MD (1976) and his PhD (1981), with a thesis on autoimmune diseases, from the Autonomous University of Barcelona (UAB). That same year, his internship as an Internal Medicine specialist at the Vall d’Hebron University Hospital in Barcelona coincided with the first AIDS case reported in Spain. This case was the catalyst for a career dedicated to this serious disease, first as head of the HIV Unit of the Germans Trias i Pujol University Hospital in Badalona (1987-2015) and then as founder and president of the Fight against AIDS Foundation (1992), which is now named as Fight Infections Foundation.

Dr. Clotet soon saw the need to go a step beyond patient care to conduct research aimed at eradicating AIDS. In 1995, with the support of “la Caixa” and the Department of Health of the Generalitat of Catalonia, he founded the IrsiCaixa AIDS Research Institute, which he still heads.  In addition, Dr. Clotet is also the clinical director of Infectious Diseases at the Metropolitana Nord area of the Catalan Institute of Health, scientific advisor to two IrsiCaixa spin-offs: Aelix Therapeutics SL and AlbaJuna Therapeutics SL and director of the Chair of AIDS and Related Diseases at the Universitat de Vic (UVic).

He has published more than 1000 papers in high impact international journals and his contributions to research have been recognized with the Josep Trueta medal to Sanitary Merit and the ‘Premi Nacional de Recerca’, among other awards. 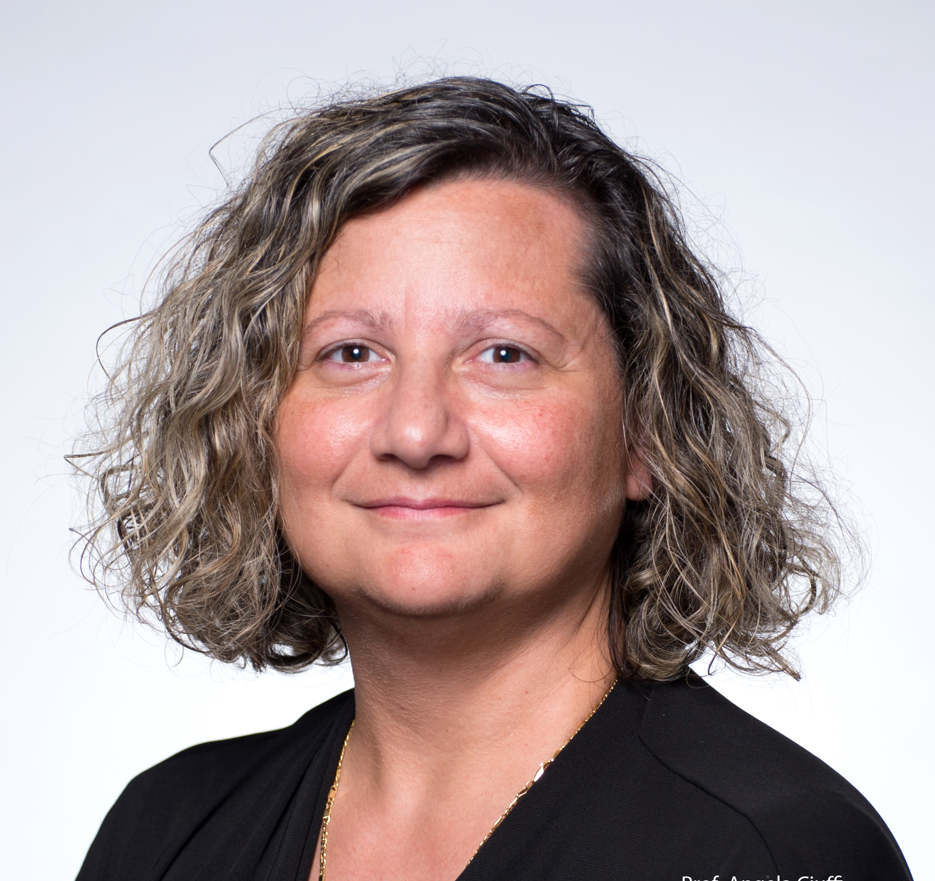 Angela Ciuffi obtained her PhD at the University of Lausanne and received post-doctoral training in Prof. Frederic Bushman’s laboratory at the University of Pennsylvania and in Prof. Amalio Telenti’s laboratory at the Lausanne University Hospital. Her research focuses on HIV-host interactions in the context of HIV replication, integration, latency, and innate immunity. Her current work uses cutting-edge approaches and technologies, including epitranscriptomic and single-cell analyses, to further characterize the HIV-host cell interplay, capture the cell heterogeneity in response to HIV infection and identify cellular signatures associated with specific HIV-related phenotypes. Graduated as Physician-biochemist from the Russian State Medical University (Moscow) in 1992 - German MD in theoretical medicine.

PhD (Dr. rer. nat.) at Heinrich-Pette-Institut for Experimental Virology and University of Hamburg in 1996.

Habilitation/Venia legendi in Molecular Medicine in 2002

W2/W3 professor for Experimental Paediatric Oncology and Haematology at Goethe University Frankfurt in 2007.

Since 2009 full (W3) professor for cell and gene therapy and Head of the respective Research Dept. at the Dept. of Stem Cell Transplantation, University Medical Centre Hamburg-Eppendorf (UKE) in Hamburg.

Since 2019: Speaker of the Working Group “Gene technology report” of the Berlin Brandenburg Academy of Sciences / since 2022: Berlin Institute of Health.

The main interest of BF is the permanent genetic modification of target cells for clinical gene therapy (e.g. adoptive immunotherapy, HIV gene therapy), but also basic and clinical research. He has long-standing experience with different types of retroviral vectors; his group has introduced the popular LeGO vector platform and innovative cell marking approaches such as RGB marking and optical barcoding. More recently, they have applied different genome-editing techniques (TALENs, CRISPR/Cas) for cell modification. Another major topic of his work has been the development of novel tools for molecular diagnostics in the context of stem cell transplantation and immunotherapy. 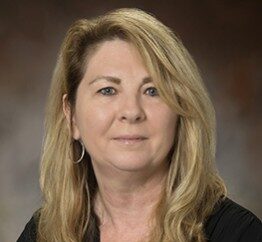 Daria Hazuda, Ph.D., trained as a biochemist at the State University of New York at Stony Brook, N.Y.  After completing her postdoctoral research fellowship in the department of Immunology at Smith Kline, she joined the antiviral group as a Senior Research Biochemist at Merck in 1989.  Daria is currently Vice President of Infectious Disease and Vaccines at Merck Research Labs and Chief Scientific Officer of MRL Cambridge.  Daria has over 20 years of experience in drug discovery and development with more than one hundred-eighty publications focused primarily on antiviral research in the fields of HIV and HCV.  She led the research efforts that identified the first-in class HIV integrase inhibitor Isentress which was awarded the Prix Galien in 2008 and was responsible for pioneering work on HCV drug resistance enabling the discovery of agents with improved spectrum and efficacy including the NS5A inhibitor Elbasvir and the NS3 inhibitor Grazoprevir.  Daria has been recognized with the Bernie Field Lecture Award, the David Barry DART Achievement Award for HIV Drug Development and is a Fellow of the American Society of Microbiology.

Daria is on the editorial board of the ACS Journal on Anti-infectives Research and the Journal of Viral Eradication. She is currently on the Scientific Program Advisory Council of the American Foundation for Aids Research (AMFAR) and The Forum for HCV Collaborative Research and a past member of NIH Aids Research Advisory Committee (ARAC) and the NCI Basic Sciences Board of Scientific Counselors (2010-2015). 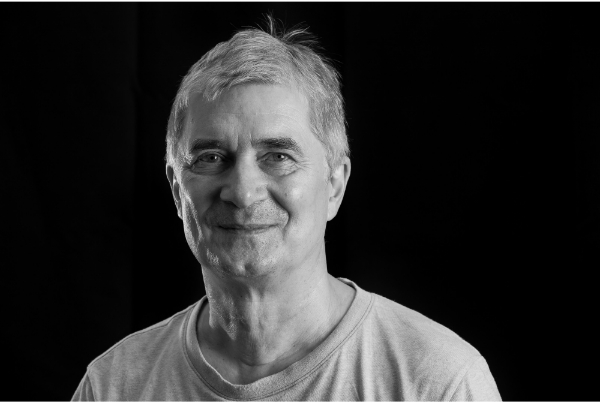 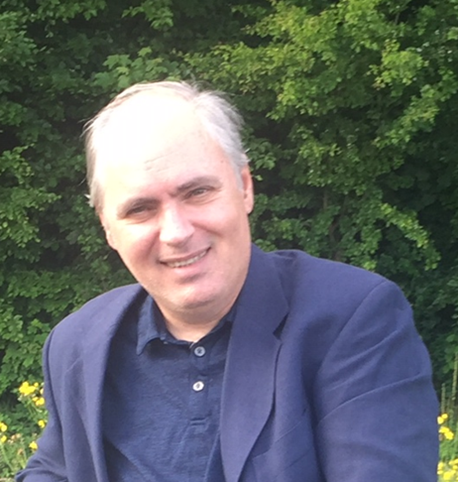 Dr. Petrovas is currently the head of the Laboratory of Tissue Investigation, at the Institute of Pathology, Department of Laboratory Medicine and Pathology, CHUV, University of Lausanne, Switzerland. His previous work focused on the mechanisms mediating the “exhaustion” of SIV/HIV- specific CD8 T cells and he was the first to describe PD-1 as a mediator of SIV/HIV-specific CD8 T cell survival. More recently, his research has been focused on the dynamics of CD4 and CD8 T cells at tissue level and particularly in the lymph node follicles in HIV and SIV infection. His work was the first to describe the phenotype, localization, molecular profile and dynamics of Tfh CD4 T cells in acute and chronic SIV infection. Currently, he is characterizing the dynamics of tissue immune cells in HIV/SIV and cancer and developing tools to understand the interplay between inflammation, adaptive immunity and tissue antigens. 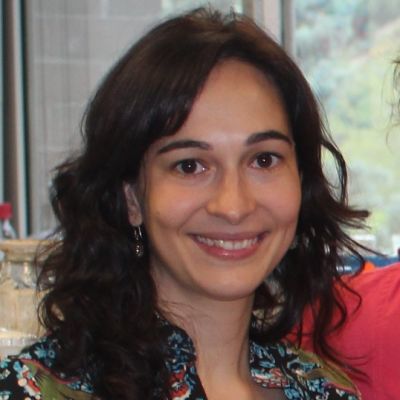 Dr Maria C. Puertas has 20 years of research experience in immunology and virology, with special focus on the pathogenesis of the Human Immunodeficiency Virus (HIV-1), the etiological agent of AIDS.

She graduated in Biology from the University of Barcelona (UB) in 2000 and in 2001 was awarded a fellowship by the Catalan government to pursue PhD studies in the Immunology Laboratory for Research and Diagnostic Applications (LIRAD) at Germans Trias i Pujol University Hospital (Badalona). In 2005 she was awarded a Severo Ochoa biomedical research fellowship from the Fundación Ferrer to complete her studies on autoimmune diseases.

After obtaining her PhD in Immunology in 2006 — for which she received an Outstanding Doctorate Award from the Autonomous University of Barcelona (UAB) — she joined Dr. Javier Martínez-Picado’s group at IrsiCaixa, where she has participated in research into antiretroviral resistance, mechanisms of viral pathogenesis and new treatment strategies to achieve a potential cure of HIV-1. In recent years, she has focused mainly on measuring viral persistence in antiretroviral-treated individuals and she has been involved in clinical trials aimed at reducing residual replication and viral latency.

She has published 55 papers in high-impact journals, has participated in Spanish- and European-funded collaborative projects and currently also lectures at the University of Barcelona (UB). 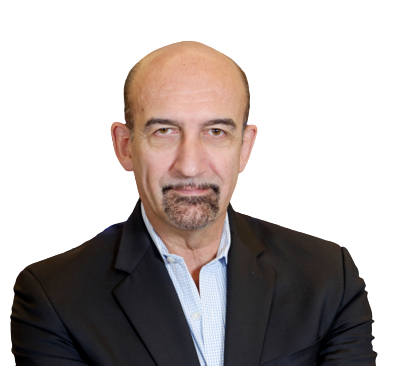 Dr. Stevenson is a molecular virologist who has been working on the viral etiology of AIDS for over 30 years. He has provided insight into the mechanisms regulating HIV replication, persistence and disease pathogenesis. Dr. Stevenson has served as Chair of the HIV/AIDS Virology Study Section at the National Institutes of Health, Chair of the Scientific Advisory Board of the Conference on Retroviruses and Opportunistic Infections (CROI), and has served on the NIH Office of AIDS Research, which sets AIDS research directives. From 2006 to 2015, he served as Chair of the amfAR Scientific Advisory Committee. Previously, he was a scientific board member of the Elizabeth Glaser Pediatric AIDS Foundation.

Professor, Department of Medicine, and Chief Division of Infectious Diseases, University of Miami. 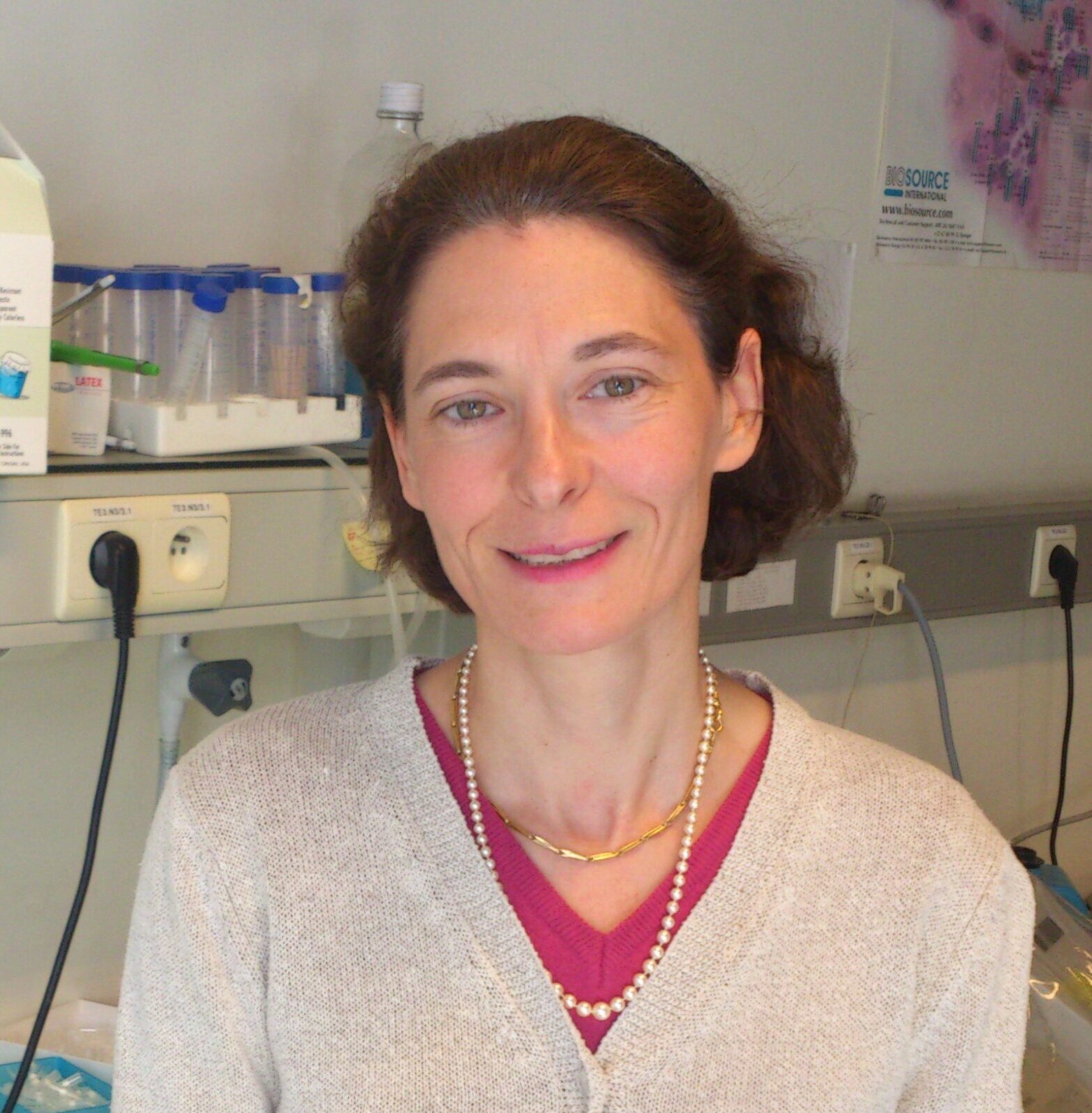 Carine Van Lint is Professor at the University of Brussels (ULB, Belgium) and Research Director of the Belgian National Fund for Scientific Research (F.N.R.S.). She is author and co-author of more than 130 international publications in the field of retrovirology and molecular biology. After performing her PhD thesis at the National Institutes of Health (NIH, Bethesda, USA) and a post-doctoral fellowship at the Picower Institute in New-York, she joined the Faculty of Science of the University of Brussels (ULB) as the Director of the Laboratory of Molecular Virology. Her research aims at studying the molecular and epigenetic mechanisms regulating transcriptional latency and reactivation from latency in 3 retroviruses: HIV-1 and two oncogenic retroviruses HTLV-I (human T cell leukemia/lymphoma virus type 1) and BLV (Bovine Leukemia Virus). Regarding HIV-1, one of the major objective of her laboratory is to design, based on transcriptional mechanisms, novel strategies to reduce the pool of latent reservoirs to a level bearable by the host immune system. 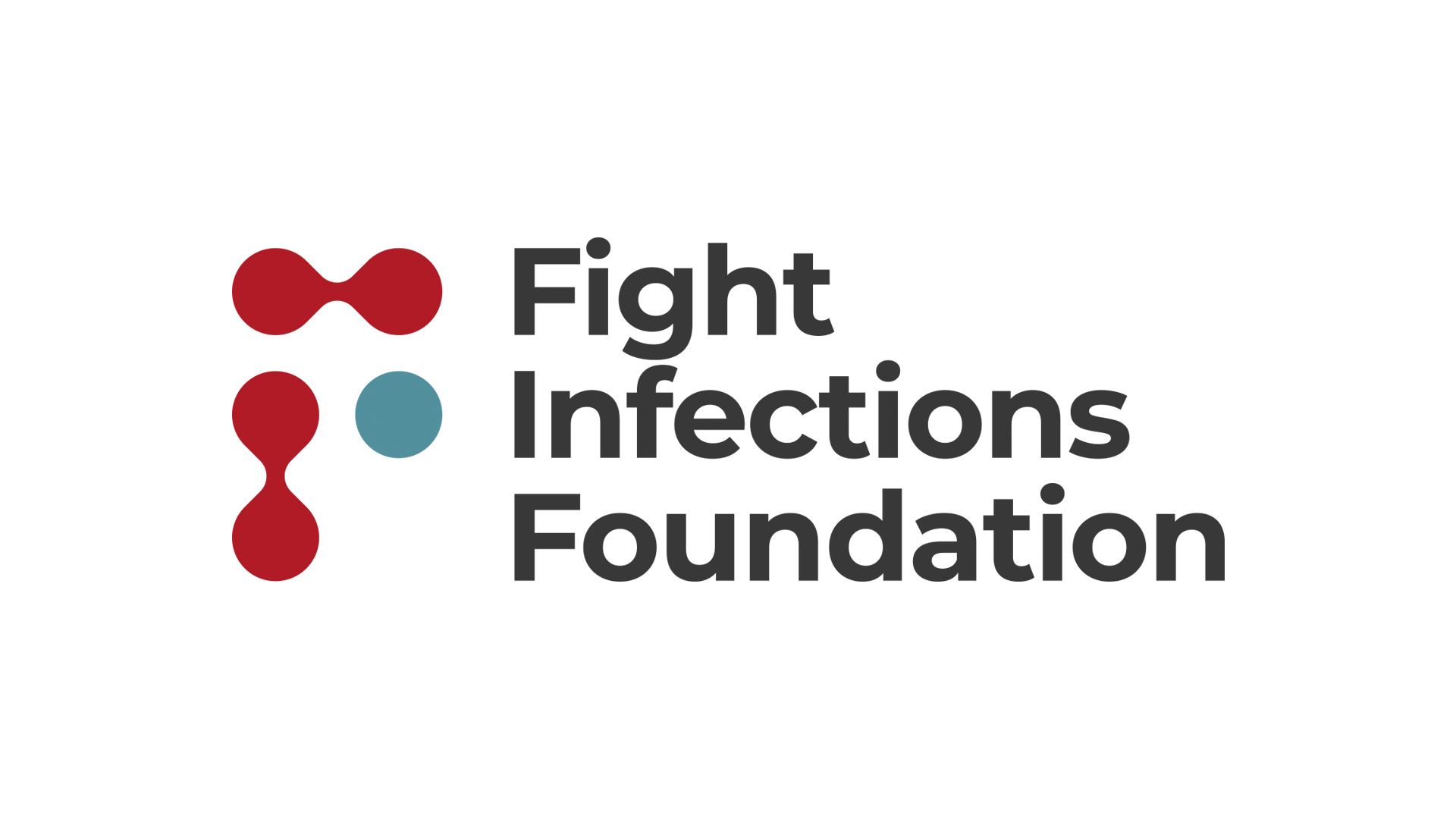 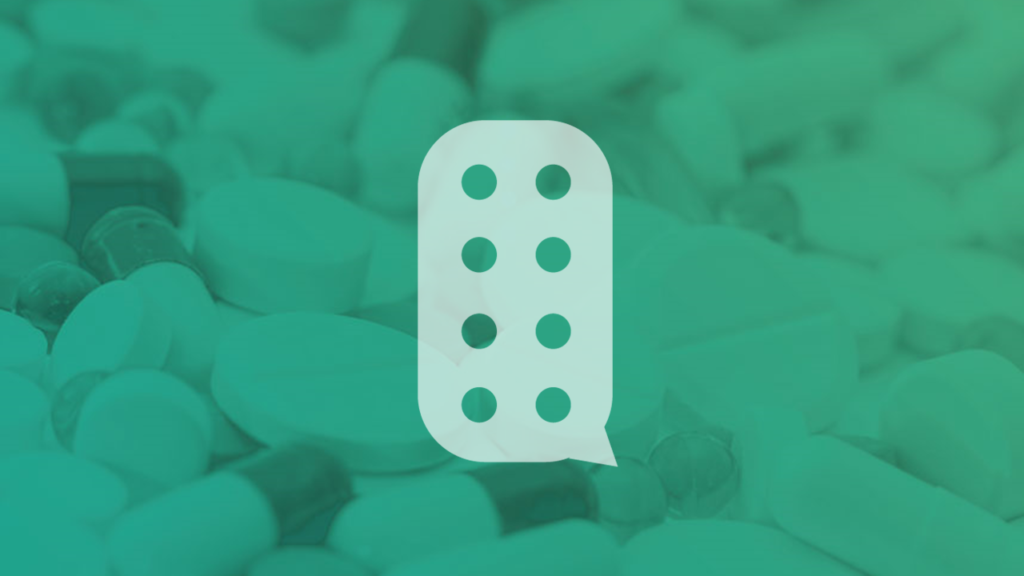 HIV Clinical Topics in Antiretroviral Therapy workshop 2022
Manage Cookie Consent
To provide the best experiences, we use technologies like cookies to store and/or access device information. Consenting to these technologies will allow us to process data such as browsing behavior or unique IDs on this site. Not consenting or withdrawing consent, may adversely affect certain features and functions.
Manage options Manage services Manage vendors Read more about these purposes
Preferences
{title} {title} {title}
0
0
Your Cart
Your cart is emptyReturn to Shop
Continue Shopping